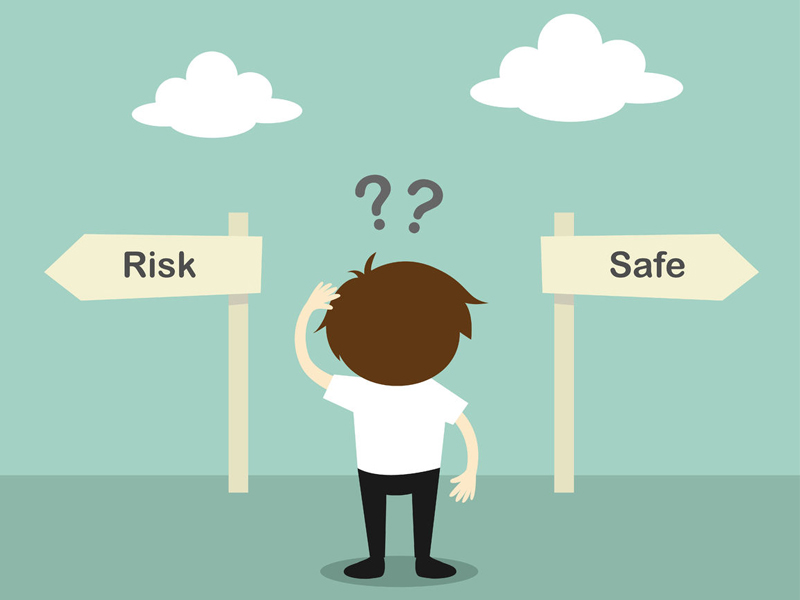 Canadian investors, spooked by a period of volatility and significant decline in North American markets late last year, weren’t exactly happy at the beginning of 2019.

Investment funds’ flow data from December underscored both the rough market environment and investors’ fears, which could linger through this RRSP season.

Investors’ wariness is understandable. The S&P/TSX composite index and S&P 500 composite index both hit 52-week lows in late December, sparking fears regarding the direction of the economy and, according to a poll conducted for the Toronto-based Financial Planning Standards Council in January, increasing clients’ stress about their ability to balance debt, expenses and savings.

That poll found 42% of Canadians expect the economy will get worse. Survey participants over age 55 were the most pessimistic, but younger people and those with children below the age of majority were deeply worried about the state of their finances and the rising cost of living.

Markets began to climb days before Jan. 1 and into the first three weeks of this year, but recession-focused debate about the state of Canada’s economy continued to make headlines. As well, both the Organization for Economic Co-operation and Development and the International Monetary Fund (IMF) forecast that Canada’s economic growth will slow. In January, the IMF lowered its 2019 forecast to 1.9% from 2% due to persistent inter-country trade tension and rising interest rates.

Pessimism among investors is not surprising, especially given that many global issues last year were “eyebrow-raising,” says Jeff Weniger, asset allocation strategist with WisdomTree Asset Management Inc. in Chicago. Those issues include political conflict in emerging nations and Europe, and slowing economic growth in Canada.

For 2019, Weniger foresees a relatively healthy global backdrop: “Concerns about a recession are probably a little premature.”

For December, the Investment Funds Institute of Canada(IFIC) reported a $51.8-billion, or 3.5%, drop in mutual fund assets. In the final four months of 2018, assets increased only in November. Furthermore, annual net sales of money-market funds, which are considered low-risk investments, surged in 2018 to $2.7 billion, more than 1,000% higher than 2017’s sales.

Paul Bourque, president and CEO of IFIC in Toronto, says the mutual fund asset base still stands at “just over $1.4 trillion.” According to IFIC’s first annual Investment Funds Report, released in January, total Canadian investment fund assets for both mutual funds and ETFs was $1.58 trillion in 2018, with ETFs accounting for $156.7 billion.

Bourque says the “market effect” (as opposed to redemptions) had the largest impact on mutual fund asset levels in December. He anticipates balanced funds and asset-allocation products will continue to attract assets, and that “liquid alt” products also may play an important role in the coming years.

ETFs in Canada had net inflows of almost $2.4 billion in December. There was notable focus on fixed-income products – which accounted for almost $1.4 billion in inflows for the month and more than $6 billion for the year.

“There was massive flow into investment-grade bonds, which are a ‘safe haven’ asset class,” says Mark Noble, senior vice president of ETF strategy with Horizons ETFs Management (Canada) Inc. in Toronto. “Fixed-income wasn’t quite the seller in 2018 it had been in 2016 and 2017. But [Canadians are] defensive by nature and, in the second half of 2018, there was a lot of money coming into broad fixed-income [to counter risk].”

Overall, investors aren’t sure where to turn. Horizons’ 2019 Q1 Investor Sentiment Survey found that financial advisors collectively have a relatively upbeat outlook for potential portfolio returns for this quarter, with 56% of those polled remaining bullish on Canadian equities and 67% positive on U.S. equities.

In contrast, investors’ bullishness on all major North American indices fell by 15% or more from the final quarter of 2018, and also were negative on emerging markets and cannabis stocks.

“Navigating the investment picture and [foreseeing] how things [will] set up going into this year has been difficult,” says James McCreath, portfolio manager at the McCreath Group, a unit of BMO Nesbitt Burns Inc. in Calgary. “We’re optimistic. The market always has periods of correction.”

Along with encouraging clients to think long-term, McCreath focuses on strategies that include Canadian companies with good dividends and global revenue reach, as well as some U.S. and global exposure. Both he and Frank Danielson, senior financial planner, with Danielson Group Wealth Management, a unit of Assante Capital Management Ltd. in Vancouver, recommend that clients stay the course rather than make major, tactical portfolio adjustments. Many of McCreath’s clients who contribute to RRSPs do so throughout the year.

Tim Huver, head of product, Americas, with Vanguard Investments Canada Inc. in Toronto, predicts further movement toward niche investments. And, in the face of market volatility, he too foresees greater focus on diversified products.

“We have seen increased adoption in our asset-allocation products,” Huver says. “They are the fastest-growing.” Rather than offer traditional funds with specific exposure to, say, Canadian equities or fixed-income, Vanguard assembles portfolios of ETFs that offer exposure to various asset classes and geographical regions, he says.

Weniger says investors’ overall approach to fixed-income will be “an interesting, mixed bag,” depending on how interest rates move globally. Both the U.S. Federal Reserve Board and the Bank of Canada have stressed their cautious approaches.

“We have two [bond] ETFs that are TSX-listed,” Weniger says. “One is shorter-duration and one is longer, and you can flip a coin as to which direction advisors will go with those.”

Within equities, Weniger is watching emerging markets, how trade fears will play out and possible currency plays while the loonie is attractive.

How to Manage Student Loan Debt During COVID-19

What to Do If You Can’t Cover Bills During Coronavirus

How to Protect Your Finances During Challenging Times